Oh, I wish I could use the language(s) I speak as an excuse for my poor mathematical skills. But, when it comes to my rudimentary knowledge of arithmetics and geometry, the list of excuses includes some other things.

Let's take Germans and French as an example. They think differently while solving the same task. This is because, when they see, let's say, a number 72, they name it differently, and their brains process these words in different ways. In German, number names follow a unit-ten order. So, 72 is two-and-seventy. (This just sounds so complicated to my Croatian brain). French, on the other hand, has a ten-unit sequence, just like in English. Easy, right? Yes, until you come to 70. Then, they switch to base-20, and suddenly, 72 becomes sixty-twelve. What I want to say with this comparison is that, in mathematics, a number is a number. But, it is the verbal format of numbers, which is dependant on the language, that influences the time needed for solving the task and affects solving performances in bilinguals.

Did you know that English-Welsh bilinguals have longer response times and make more errors when they calculate in Welsh (1)? This is because number words are longer in Welsh than in English. In other words, the brain is too busy remembering these long words in Welsh, and there is less space available for actual calculating.

If the child acquired one language (L1) before the other (L2), calculating in this second language (L2) is even more complex and difficult. In this case, calculating in L2 needs extra language processing and potentially translation into L1.

Let's say that I'm in Germany buying two items and have to calculate how much they cost. First, I have to translate the numbers from German, which is my third language (L3) into Croatian, my first language (L1) swapping places of tens and units. Then I do the calculation, probably making a mistake (because it's me). After that, I have to translate the result into German, swap tens and units and say the final price. In the end, I'll probably get a number that has nothing to do with the price I had to calculate. This is why shopping through Amazon is so much easier.

There was this interesting study in Luxemburg (2) with French-German bilinguals. Remember that in French numbers follow a ten-unit order but switch to base-20 over 70? And that in German, number names follow a unit-ten order? The researchers found the following:

Now, the reason for these findings might be that all participants first learned German in school. Apparently, older bilinguals also solve numerical problems more proficiently in the language in which arithmetics was learned.

So, the other day, Power P asked me if they had enough money in their piggy bank to buy two Lego sets. One of those sets had a super cool spider, and the other was something from a cartoon they liked. First, I just wanted to say "no". I mean, no matter how hard they try, six-year-olds just can't save enough money for a Lego set. Let alone two.
"How much do these two cost together?" he asked.
This was a window of opportunity to introduce some complex additions.
The steps are quite simple, even for someone who is quite the opposite of a math-wizard (that would be me).

I used a piece of red construction paper for tens and a yellow for units. Ten units equal one ten.

First, I told them that the long pieces represent tens, which is the first number in two-digit numbers.
Then, I wrote a few numbers, and the boys put the corresponding red and yellow pieces.
Finally, we moved on to addition. At this stage, we are still doing additions that don't cross ten. The way they do it is pretty straightforward- each addend represents the price of one Lego set. Once they prepare the tens and units, they put them all together, count, and write the result.

Germans say the yellow pieces first, and then the reds (or any colour).

Einstein E and Power P's teachers are familiar with the languages they speak, and I'm pretty sure it's all going to turn out just fine once they get to this part in school.

I hope that adding two-digit numbers crossing ten won't be too complicated. If there are ten units (yellow), replace them with a new ten (red). As they were calculated the prices of several Lego sets, the enthusiasm dampened-they didn't have enough money to buy anything from the list.

Who knows, maybe helping my kids learn additions with two-digit numbers will help me improve my mathematical skills :) 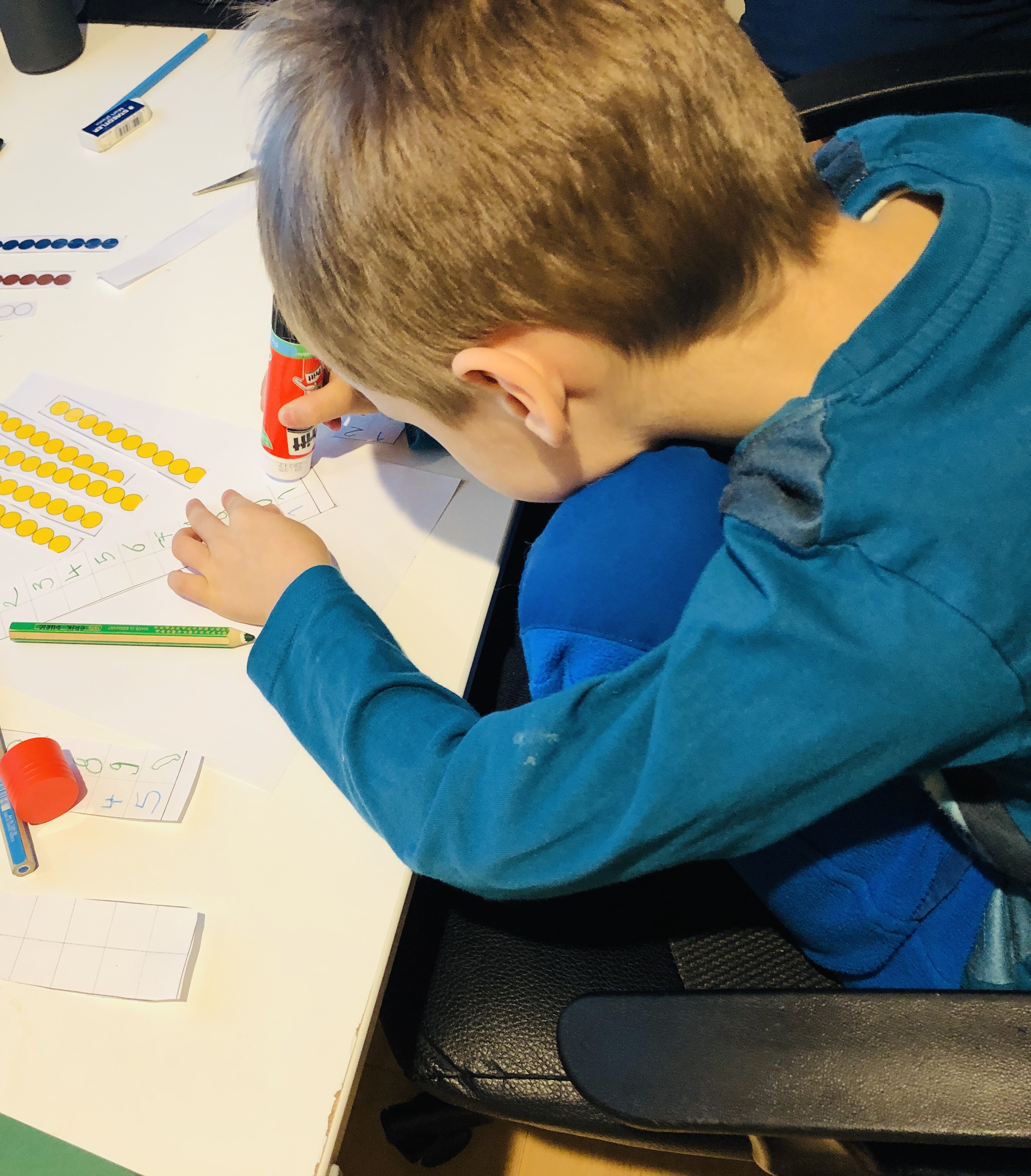 Raising children is a process that takes years. At least 18 :) And in this time, we have to teach… 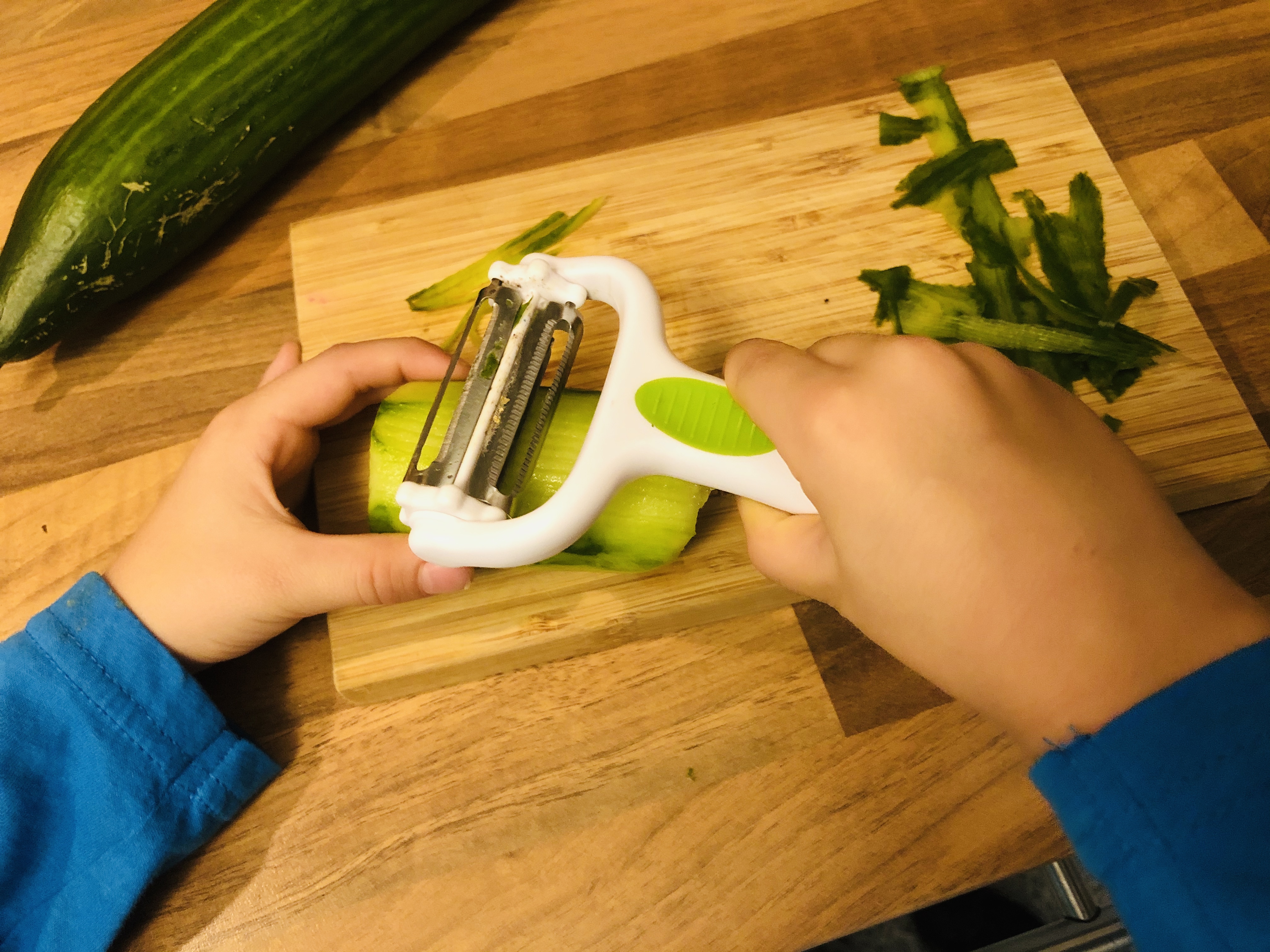 (Hrvatski/Croatian) When we talk about a healthy diet for kids, most guides’[i] recommendations are similar: Maybe some of these interesting…