This easy-to-make board game will help your kids learn letter names, sounds, and boost their language skills through play. There are a few ways to play it. The child:

-    says the word beginning with the letter on the circle (for children who are familiar with the alphabet and aware of the difference between letters and sounds in languages such as English. Croatian follows one-letter-one-sound rule.)

You can also decide to play this game only in one language or allow words in all languages you and your child speak. To make it more active, you can set a rule that a player has to find an object starting with a specific letter or sound.

The game we made is pretty plain - papers and cardboard. If your kids are more creative and prefer things to be aesthetically pleasing, you can also paint it or decorate in any way you like. So, let's begin.

We talked about the game and steps to make it. Our boys, Einstein E and Power P decided to use green circles for letters and blue ones for additional spaces. So, I printed out circles on several green and blue papers.

Einstein E and Power P wrote one letter in each circle. They decided to do the Croatian alphabet.

There is an easier way of making this game - without additional papers and cutting. We could have written the letters on a piece of cardboard. But, cutting is a very important activity for pre-school children[i].

For this one, the boys were telling me their ideas, and I was writing them on the circles.

Some of those were:

- Your next roll is worth double

We had a huge piece of cardboard. This doesn't mean that you too have to buy a kitchen cupboard to have it delivered in a huge cardboard package. You can make this game on a smaller piece. So, the boys glued the START / CILJ signs (start / finish), the blue and green circles on the cardboard. Ours looked like a snake.

Get your counters, roll the dice and play. Sounds, letters, languages… It is all up to you and your kid to agree on and enjoy.

We also tried another version -the one in which you have to find different objects beginning with certain letters. This one was more active, but also more difficult. When your word starting with D is "Daddy", it's not that easy to lift him up and put him next to the letter D.

-    all three languages are allowed (for example, if you move to the letter M, you can say majmun or monkey. If your letter is A, you can say Affe)

-    when playing in Croatian, letters and sounds are the same, so, there are no special rules regarding this. When saying words in German or English we focus on the letters and not the sounds. (Zaun; letter = z, sound = c // Cat; letter = c, sound = k). For younger kids, or the ones who haven't mastered the alphabet, phonemes (sounds) might be a better option.

-    consulting the parents, books, and other materials is allowed

This game enhances several aspects of development. You can read more about phonemic awareness and vocabulary building in an article about reading. Also, if you want to expand your knowledge about multilingual development, this might be interesting for you.

[i] opening and closing motion of cutting with scissors helps children develop the small muscles in their hands essential for developing fine-motor skills. They need this skill for holding a pencil and writing, for fastening and undoing buttons, and other activities. Also, cutting helps develop eye-hand coordination as children hold the paper with one hand and cut with the other while tracking the movement of the scissors with their eyes. Another important skill that is developed through cutting is bilateral coordination. This means using both sides of the body at the same time while each hand is performing different tasks. For example, Einstein E and Power P had to cut out a circle. They had to hold the paper with one hand and turn it while the other hand is not only opening and closing the scissors but also moving along the line. 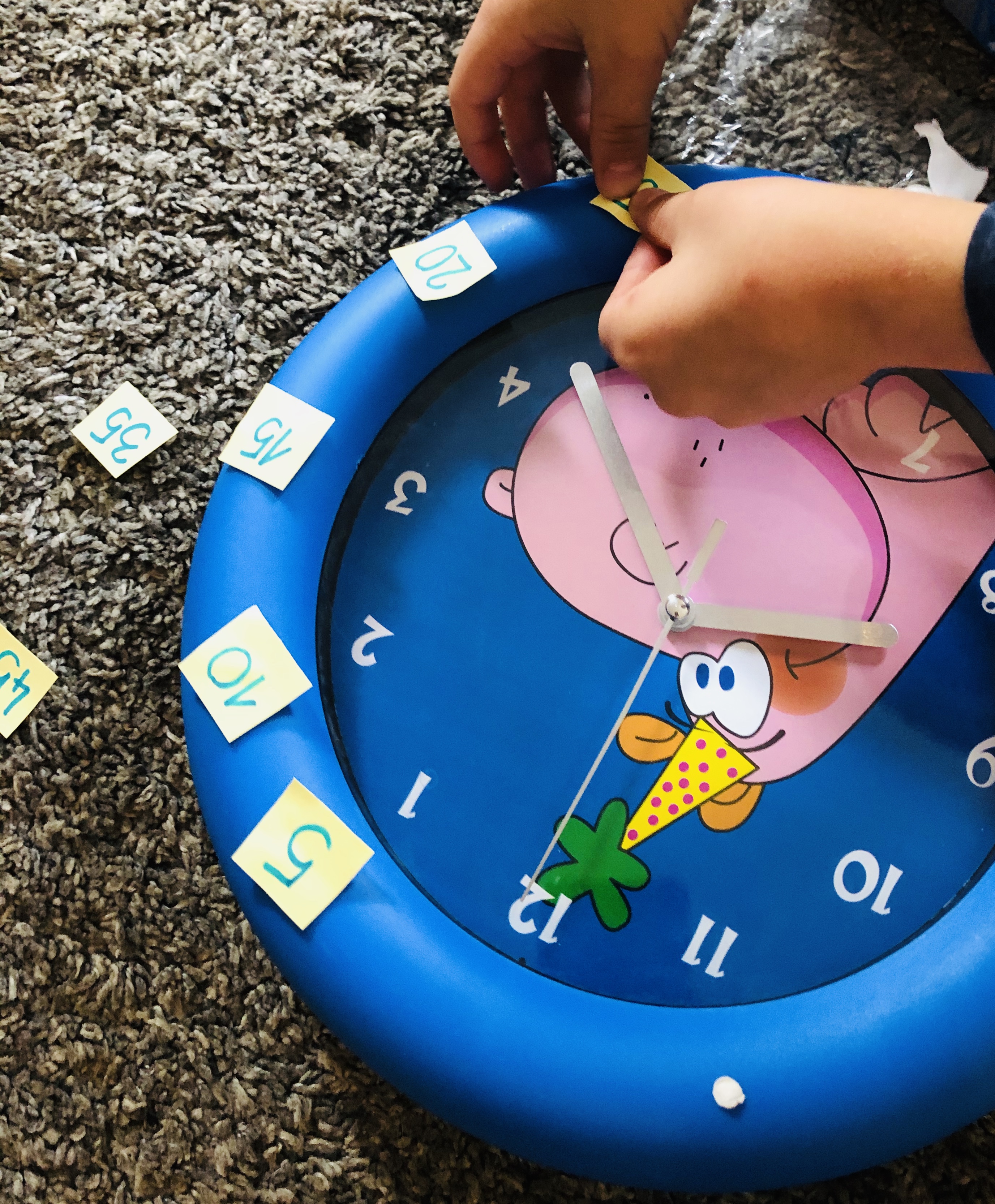 (Croatian/hrvatski) "Hold on a second!" "I'll be there in five minutes." "Yes, I'll help you with that Lego truck in… 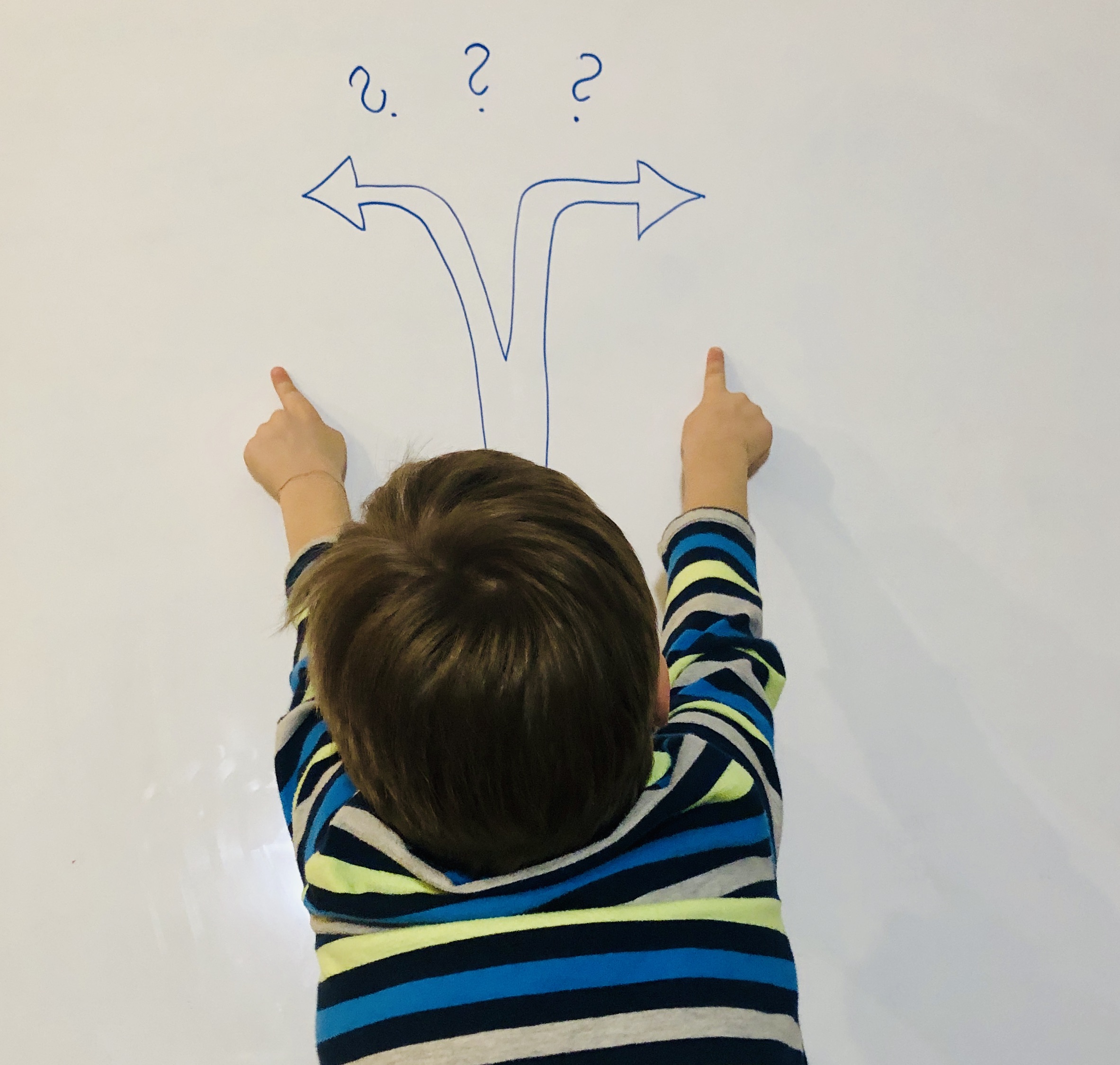 Choices – A Way to Better Learning

(Croatian/hrvatski) Would you like your children to develop decision-making skills and invest more energy in learning? Give them choices! In…